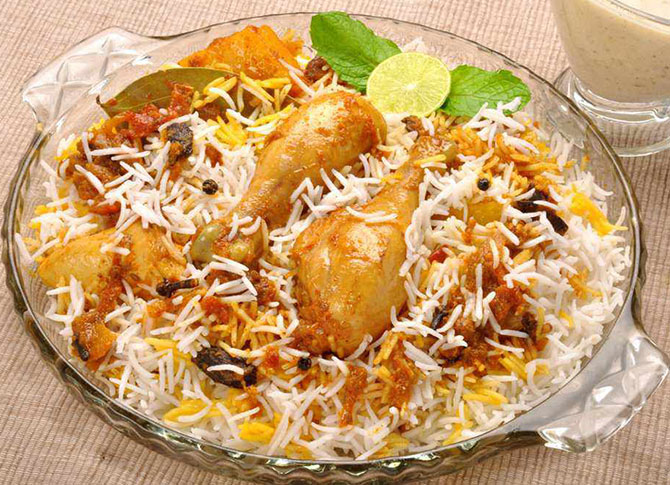 Biryani is a rice dish that has its roots in the Indian subcontinent, particularly among the Muslim Indians. It is regarded as one of India’s signature dishes and are widely served in Indian diasporas across the globe.

Biryani’s distribution has since expanded from India to other neighbouring regions with significant Muslim population, such as the Middle East, Pakistan, Persia, as well as Southeast Asia (Indonesia, Malaysia, and Singapore). In Indonesia, biryani rice is identical with “nasi kebuli”, a similar dish but with heavier Middle Eastern influence as compared to Indian.

Meanwhile, its main ingredients are rice, spices, dried fruits, potatoes, meat, and occasionally eggs. Since it is an Indian Muslim dish, the meat varieties found inside biryani are chicken, beef, mutton, fish or prawn.

On this article, we are going to talk about the health benefits that come from chicken biryani. Just like its name suggests, chicken biryani is essentially biryani rice that is made with chicken meat. This is a list of ingredients that chicken biryanis are made of.

That’s a lot of spices and ingredients for one dish isn’t it?

By the way, these are also the 26 health benefits saffron.

Biryani is unique in the sense of being made from healthy ingredients for this plateful of mouthwatering delicacy. Here are the health benefits of chicken biryani:

One plate of chicken biryani has protein, carbohydrates as well as fats in one serving. Protein is represented through chicken meat and cashew nuts, carbohydrate comes from the rice, and the fat comes from the oil used. Indeed, vitamins and minerals can also be present if generous amounts of veggies are added inside, or if you decide to make a vegetarian version of biryani.

There are many health benefits of chicken biryani. Briyani can help digestion thanks to the presence of certain spices such as cumin, ginger and turmeric. Cumin improves digestion by speeding the activity of digestive enzymes as well as releasing bile from the liver. Bile is utilized to process fat as well as for excretion. Turmeric relaxes the digestive system and prevent bloating, whereas ginger releases gases, prevents nausea as well as absorbs nutrients.

Chicken meat contains niacin or also known as vitamin B3. Niacin acts as a detoxification substance, energy supplier, as well as guarding the body from serious health issues of cholesterol, cancer or even neurological problems such as depression, Alzheimer’s disease, insomnia, memory loss, as well as schizophrenia.

Chicken is a good source of selenium, since 100 grams of chicken may contain up to 27.6mcg of selenium, or approximately 39-40% of its daily value. Selenium works as an anti-aging device as well as to help the immune system by reducing free radical damages. These are the health benefits of lean chicken.

Biryani contains spices that are known as a successful antioxidant to the internal organs. These spices include turmeric, black pepper, cumin, ginger, garlic, as well as saffron. Cumin or curcumin has anti-bacterial, anti-inflammatory, anti-tumor as well as antiviral properties, which makes it an all-in-one cleansing spice. Black pepper eases digestion, whereas ginger works as a natural antioxidant as well as to cure digestive problems. Lastly, saffron detoxifies by increasing liver enzymes.

This is possible thanks to the plentiful presence of onions, ginger, garlic, as well as spices such as turmeric, cumin, saffron as well as black pepper. In the meantime, onions and garlic shields you against cancer through its ample resources of allicin, sulfuric compounds, manganese, vitamins B6 and C, copper and selenium.

Each of them combines to produce glutathione, a liver antioxidant which also has the power to detoxify the whole body. Meanwhile, ginger kills cancerous cells, indeed better than chemotherapy does. Here are several ways on how to prevent cancers.

More often than not, biryani contains greater unhealthy nutritional values. Below are a few useful tips to follow if you still insist to enjoy the goodness of biryani without risking your health.